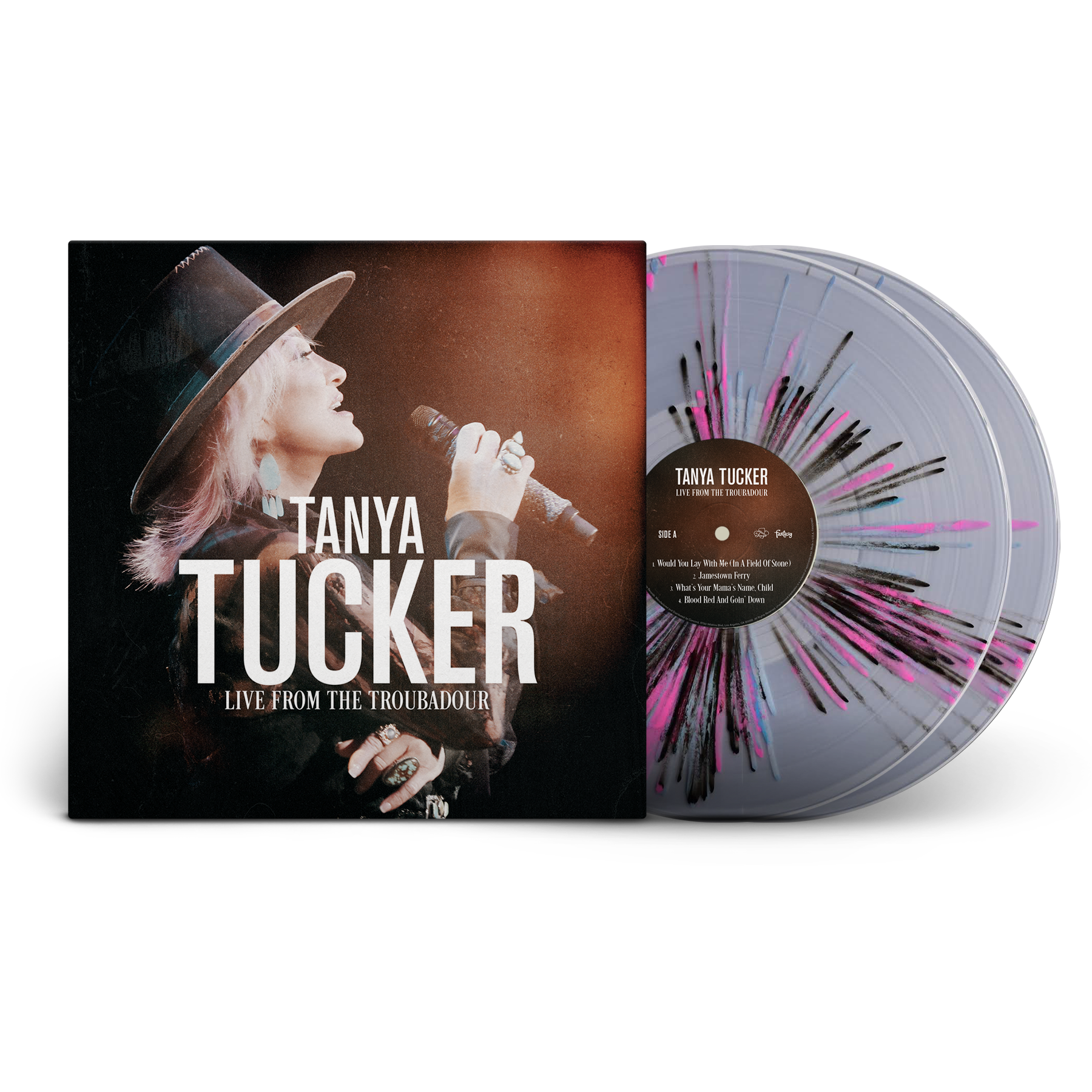 - Limited Edition Live From The Troubadour Pink, Black & Blue Splatter 2xLP. Each 2xLP will be numbered and signed by Tanya. Only 1000 will be sold for the world.
- Optional While I’m Livin’ turntable mat - top of the line 16-ounce felt, and custom printed dye sublimation
- Live From The Troubadour album download delivered on October 16
- Expected order delivery date: Oct. 30