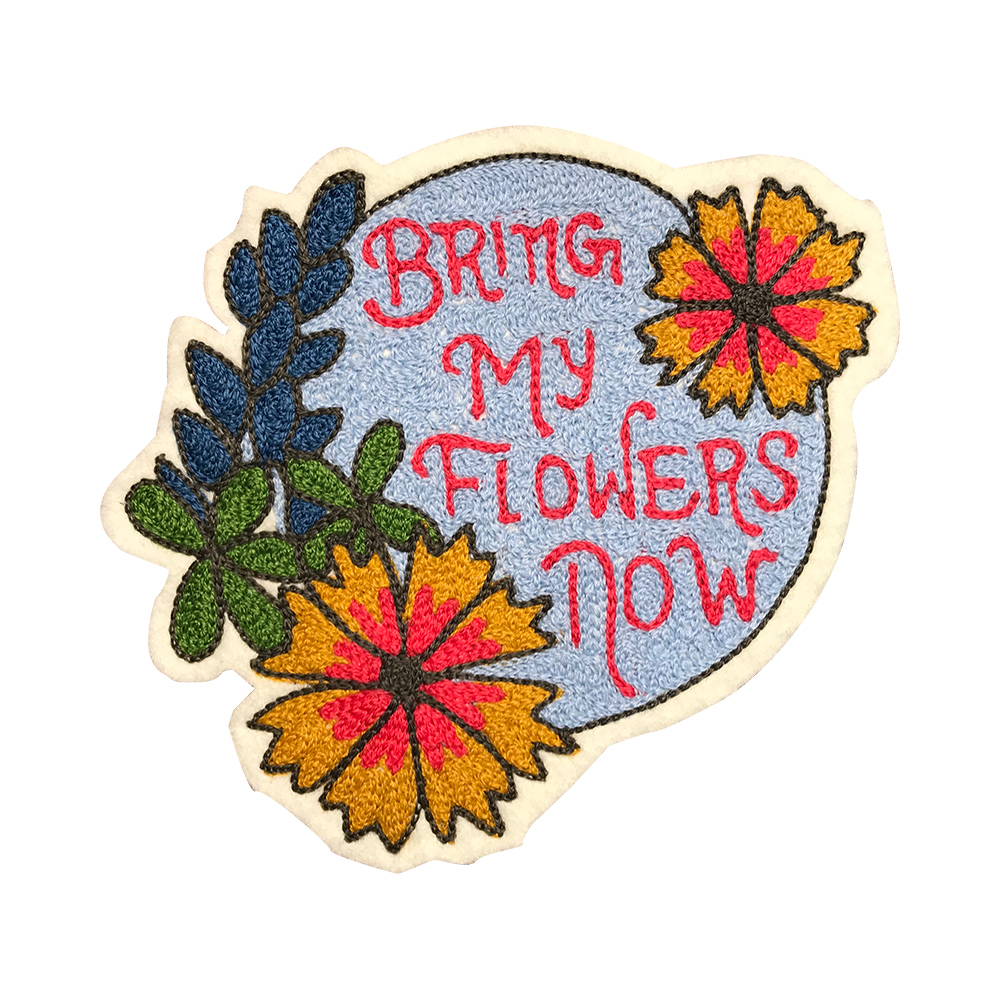 - Fort Lonesome custom chainstitch patch for “Bring My Flowers Now”; Fort Lonesome is a design-forward custom western wear and chain-stitch embroidery studio based in Austin, TX. Their process is led by considerations of necessity and sustainability, and their designs are inspired by the natural world and its visible and invisible energies. We couldn’t think of a better team to create a chainstitch patch for “Bring My Flowers Now”- Your choice (o...
68.00

PRODUCT INFORMATION:
- Fort Lonesome custom chainstitch patch for “Bring My Flowers Now”; Fort Lonesome is a design-forward custom western wear and chain-stitch embroidery studio based in Austin, TX. Their process is led by considerations of necessity and sustainability, and their designs are inspired by the natural world and its visible and invisible energies. We couldn’t think of a better team to create a chainstitch patch for “Bring My Flowers Now”
- Your choice (optional): Exclusive bubblegum color vinyl LP, CD, or album download, plus all instant grat cuts leading up to release. Strictly limited to 500 units, the bubblegum vinyl edition features a mix of pink and clear vinyl, and it's exclusive to tanyatucker.com
- While I’m Livin’ 4”x3” woven patch (optional)
- “Tanya Mother Tucker” bumper sticker (7.5” x 3.75”) (optional)
- Album download on album release date of 8/23 + instant grat tracks leading up to release (optional)