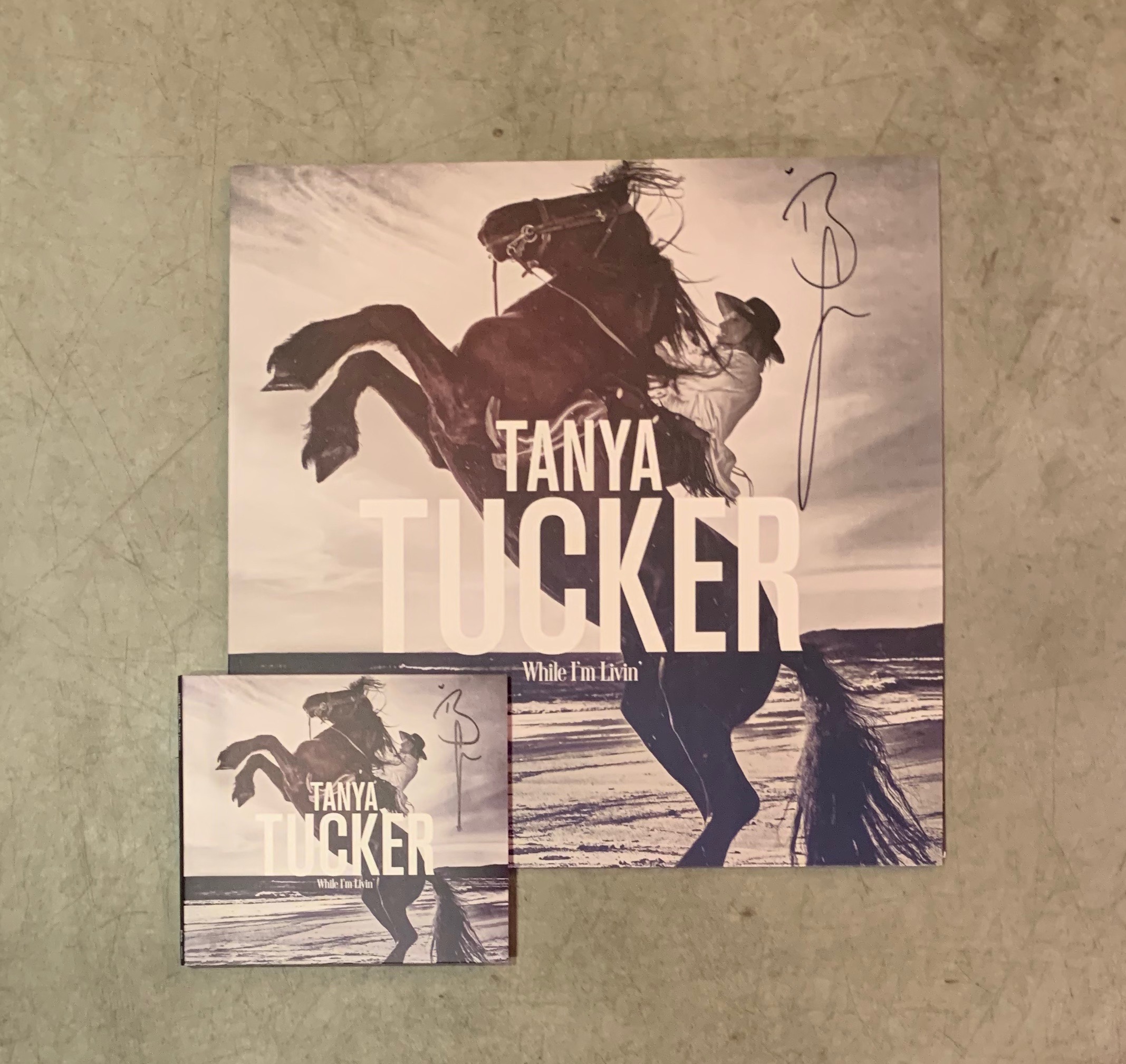 - Brandi Carlile has SIGNED a limited number of Tanya Tucker’s While I’m Livin’ black vinyl LPs and CDs. You can purchase either edition, or both at a special price. - While I’m Livin’ is largely comprised of songs written by Carlile and the twins Tim and Phil Hanseroth. “It’s a musical biography of sorts,” explains Carlile, “about Tanya’s real life and the places she’s seen, and it’s narrated by the greatest country and western singer t...
13.99

PRODUCT INFORMATION:
- Brandi Carlile has SIGNED a limited number of Tanya Tucker’s While I’m Livin’ black vinyl LPs and CDs. You can purchase either edition, or both at a special price.
- While I’m Livin’ is largely comprised of songs written by Carlile and the twins Tim and Phil Hanseroth. “It’s a musical biography of sorts,” explains Carlile, “about Tanya’s real life and the places she’s seen, and it’s narrated by the greatest country and western singer this side of Johnny Cash.”
- Carlile and Shooter Jennings produced While I’m Livin’
- With your signed vinyl or CD purchase, you will also receive the While I’m Livin’ album download.