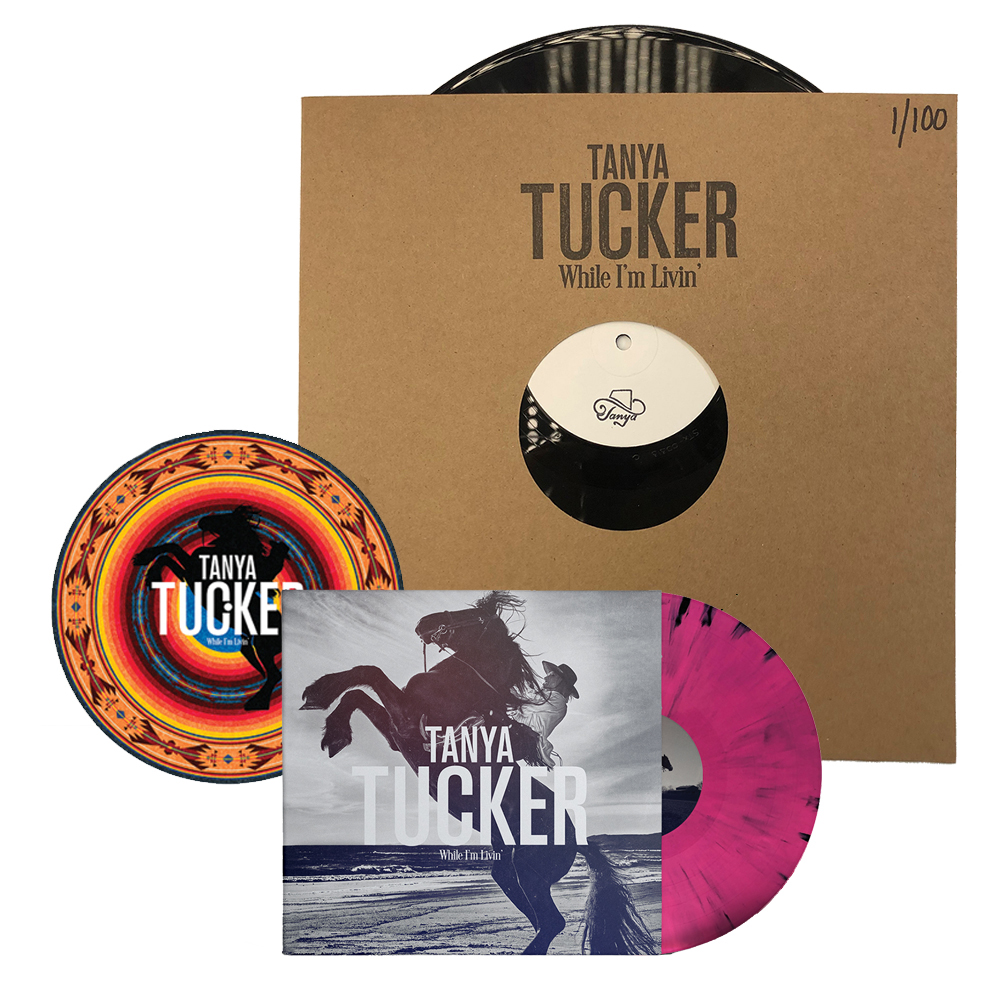 A test pressing is the version of the LP we create to check that everything sounds right. It is an exclusive item because the manufacturer only makes one test run- Vinyl LP test pressing - signed by Tanya. Each copy will also be housed in a brown cardboard jacket, stamped by hand with album info, and numbered. Only 100 test pressing LPs will be sold for the world. - While I’m Livin’ pink marbled with black vinyl LP - Strictly limited to 500 units, the pin...
175.00

A test pressing is the version of the LP we create to check that everything sounds right. It is an exclusive item because the manufacturer only makes one test run

PRODUCT INFORMATION:
- Vinyl LP test pressing - signed by Tanya. Each copy will also be housed in a brown cardboard jacket, stamped by hand with album info, and numbered. Only 100 test pressing LPs will be sold for the world.
- While I’m Livin’ pink marbled with black vinyl LP - Strictly limited to 500 units, the pink marbled with black edition is exclusive to tanyatucker.com. - -
- The bubblegum edition has sold out!
- While I’m Livin’ turntable mat
- While I’m Livin’ 4”x3” woven patch
“- Tanya Mother Tucker” bumper sticker (7.5” x 3.75”)
- Album download delivered upon purchase