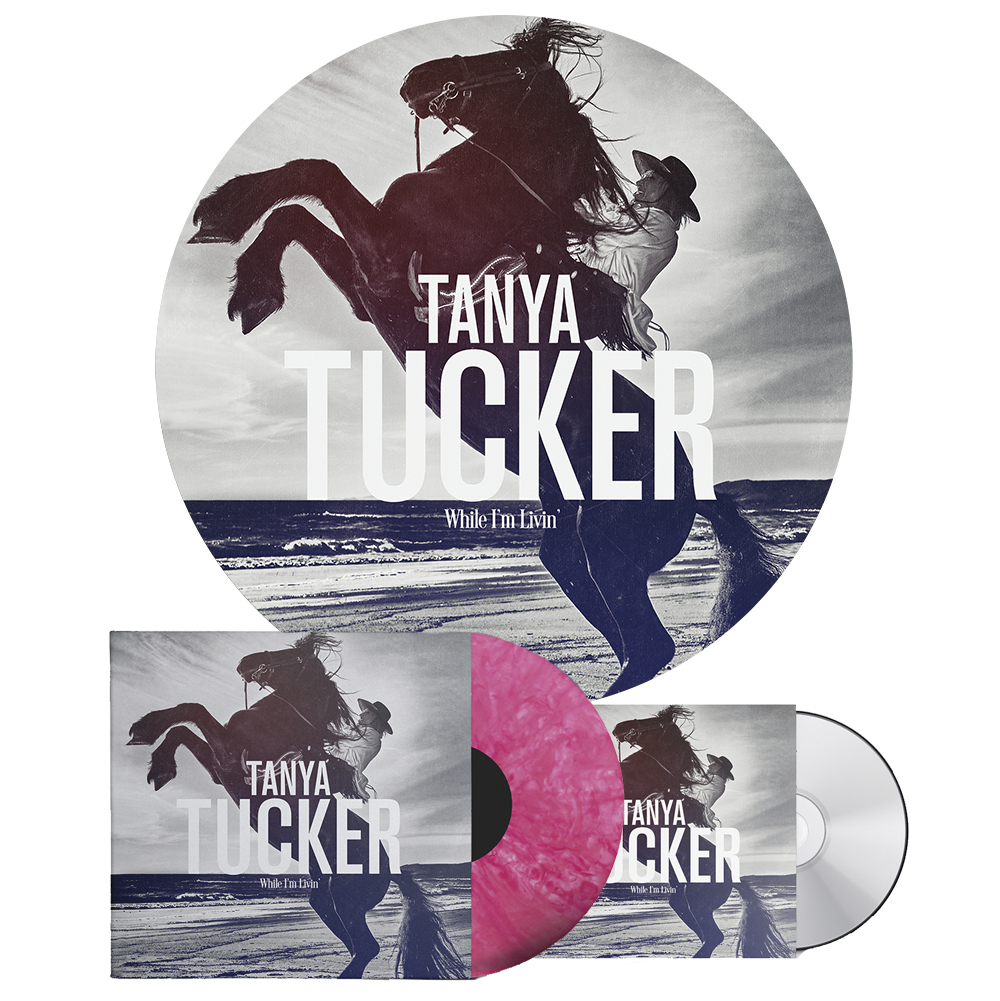 - 12” drum head, screened with the While I’m Livin’ front album artwork, and signed by Tanya - Limited quantity of 50 available- Your choice (optional): Exclusive bubblegum color vinyl LP, CD, or album download, plus all instant grat cuts leading up to release. Strictly limited to 500 units, the bubblegum vinyl edition features a mix of pink and clear vinyl, and it's exclusive to tanyatucker.com- Tanya Tucker turntable mat (vinyl purchase only)- While I’m Livin...
74.99