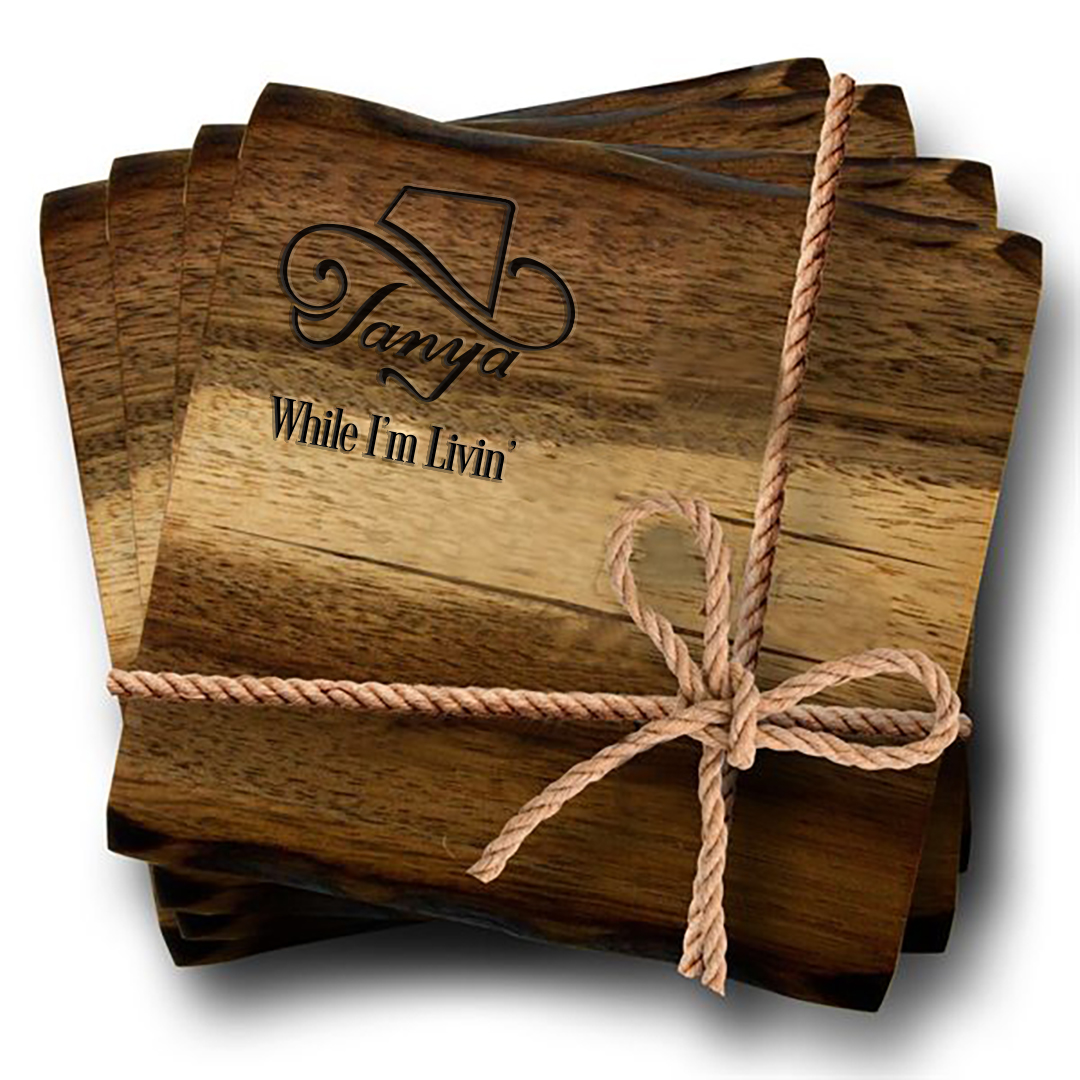 - 4 piece acacia wood coaster set, with each coaster laser engraved with Tanya “While I’m Livin’” logo- Each natural wood coaster is 4 " x 4 " x 1 ¾, ", and the set of four are wrapped with a hemp tie and packaged in a plain black gift box- Your choice (optional): Exclusive bubblegum color vinyl LP, CD, or album download, plus all instant grat cuts leading up to release. Strictly limited to 500 units, the bubblegum vinyl edition features a mix of pink and clear v...
39.99