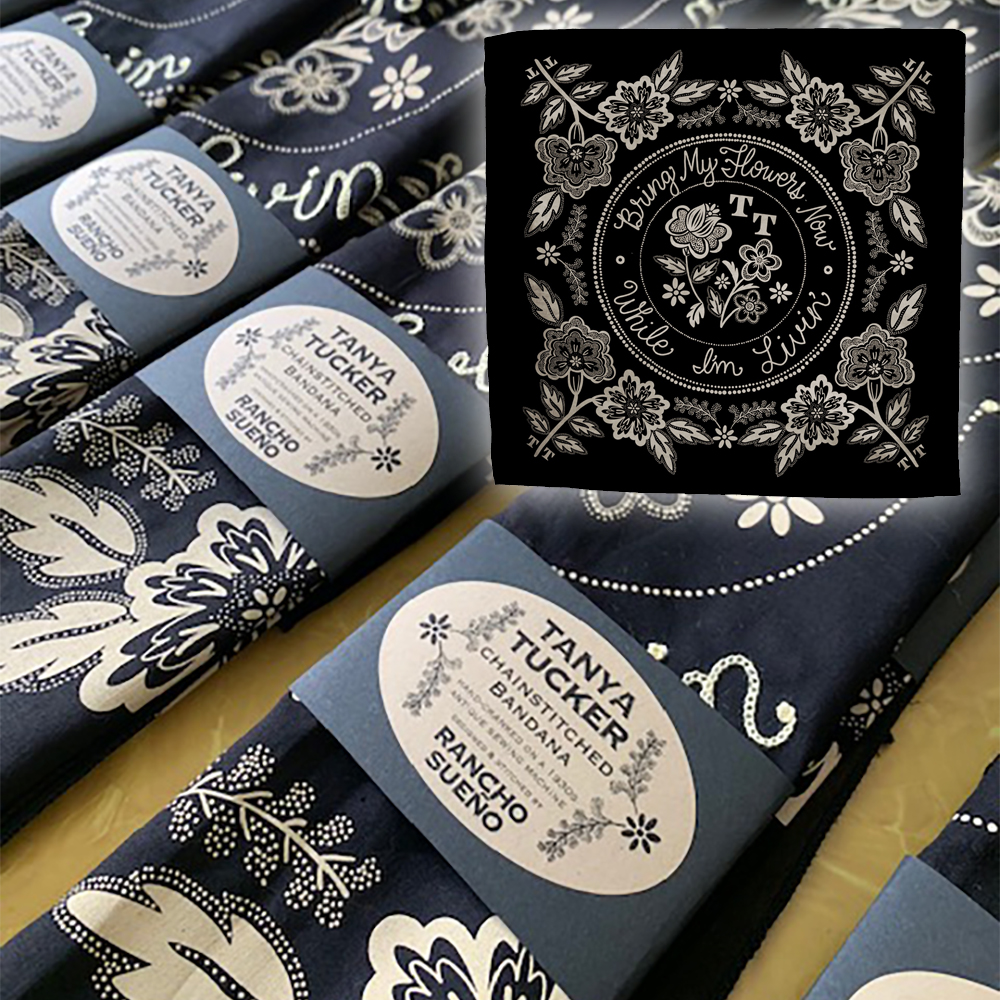 - Handmade chainstitched bandana (21”x21”) designed by Melissa May Beaumont @ranchosueno in Texas,- Chain stitched portion is the text: “Bring My Flowers Now While I’m Living”- The other @ranchosueno designs will be screen printed into the 100% cotton fabric- 100% made in Texas!- Your choice (optional): Exclusive bubblegum color vinyl LP, CD, or album download, plus all instant grat cuts leading up to release. Strictly limited to 500 units, the bubblegum vinyl ...
39.99